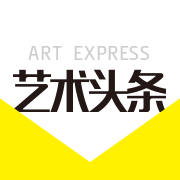 The first time I saw Xinsheng Wang's paintings, I was transfixed by a kindness of spirit that continues to influence me. It solidifies his visions no matter how abstract the artwork. That heartfelt dignity reflects his sensitive nature through every masterpiece he creates, each more awe-inspiring and dynamic than the last. A critical realism distinguishes the atmospheres he brings forth, full of condolence for the suffering of mankind.

His compassion serves as a barrier between his inner inspirations and contemporary trends. Despite having lived in America for nearly 30 years, Mr. Wang proves that traditional fine art can withstand a lifetime of post-modern pressures. Choosing to focus on those who live outside of the world's spotlight-the invisible and ignored-Mr. Wang paints their souls by grasping the delicate balance between obscure color and assured structure. He lays bare their natures with powerful strokes. With his canvas he brings alive his subjects' individualities, exposing their internal worlds to the external.

Mr. Wang's artwork embodies sensitive and agile expression fused with sharp imagery, all of which enrich an atmosphere that intensely immerses its audience with a rhythm not unlike music. His visual observation mastery is paralleled only by his perception of human nature. Despite his paintings' expressionistic trademark, the roots of realism can be seen in their depths.

Mr. Wang began studying traditional Chinese painting at a young age, pushed to build an extraordinary foundation in the arts by self-motivation and his parents' high demands. Although living in America has exposed him to a vastly different culture and a frequently varying environment, he persists in understanding the essence of the two worlds he now lives in. Deeply concerned with the reality of different times and spaces-of both the country he grew up in and the one he immigrated to-Mr. Wang studies and critiques social issues, the endeavors of which have permeated into his oil paintings. By disclosing his insights, he has established a distinct framework where extensive thoughts emerge and dance as swiftly as brush strokes. We may feel and appreciate an overwhelming sincerity from his artistic creations, in which he reveals his mind and rich spiritual perceptions. His oil paintings integrate both the artistic beauty of imagination and the realistic aesthetics of object-imagery. Xinsheng Wang's masterpieces impress us not only because they are breath-taking but also because they move us in the most passionate of ways.

By following the content of his exhibit, we travel with our minds a journey of peaks and valleys. We experience, along with the painter, his strides in art and culture during the past several decades.