Zhang Xiaolin (1877-August 14, 1940), formerly known as Zhang Xiaolin, was born in Cixi, Zhejiang. He was the leader of the old Shanghai Qinggang. He sold opium and forced the good into a prostitution. Together with Huang Jinrong and Du Yuesheng, he was called the "Three Heroes of Shanghai."

During the April 12 counter-revolutionary coup in 1927, communists and revolutionary masses were massacred. In 1937, the Japanese invaders launched the August 13 Incident, and Zhang Xiaolin publicly surrendered to the enemy and became a traitor. To repress the anti-Japanese national salvation activities, purchase grain, cotton, coal, medicine and other strategic materials for the Japanese invaders, make a fortune in the country, and prepare for the establishment of the government of the Japanese and puppet Zhejiang Province, planning to become the governor of the puppet government. Chiang Kai-shek instructed Dai Li to impose sanctions on Zhang Xiaolin. On August 14, 1940, Zhang Xiaolin was shot and killed by the bodyguard Lin Huaibu at Zhang Mansion on Huagejian Road, Shanghai.

On August 14, 1940, the Ministry of Lin Huai thought of a way to lead Zhang Xiaolin. He deliberately asked Zhang Xiaolin’s driver, Ah Si, to ask for leave for himself. He took the opportunity to have an argument with Ah Si. The more they quarreled, the worse they became. Zhang Xiaolin heard the two fierce quarrels. He ran out of the house and sweared at Lin Huaibu: let He didn't want to give up the gun and get out.

After Lin Huaibu was detained, Dai Li failed to keep his previous promise and ignored his family. Lin Huaibu knew nothing about it in prison. It was not until 1945 that Japan was defeated and surrendered before he was acquitted by the National Government. The first thing he did after his release from prison, he approached the Kuomintang authorities and demanded that the reward for killing Zhang Xiaolin be honored. As a result, the 10,000 yuan bonus approved by the Kuomintang authorities was divided up by the handlers, and his money was not paid.

Lin Huaibu returned home and was very sad to see the tragic situation at home. There is a lack of labor in the family, and his wife has to help other people's households to earn a meager income. Lin Huaibu's son is more than ten years old and has not studied for a day. What saddened him the most was that his parents passed away during the years he was arrested. His biggest wish was to take a look at his son, but Lin Huai couldn't meet such a simple request.

All this made Lin Huaibu very sad, so he had to take his wife and children back to his hometown in Dongping, and live on farming until his death. 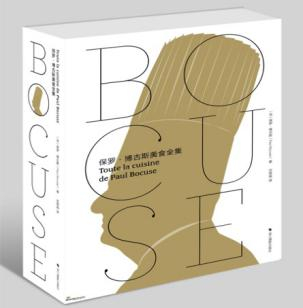